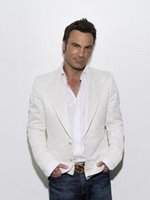 Who does Jonathan Antin think he is?

So far, the narcissistic owner of Jonathan Salons is spending this season of Bravo's Blow Out crying - literally - about how he can't handle all of his success. Poor. Fucking. Baby.

"I'm just a kid from the streets, man. I dropped out of high school. This stuff isn't supposed to happen to me", he moans as he uses Kleenex after Kleenex when unloading on his therapist, who seems to be laughing at him. And rightly so.

"I've got two salons going and opening one in Hawaii, I have NY Fashion week, I have my product line, I have my family and my kid ... it's so much!" Yeah. So much. How DARE he complain about being successful! If he thinks three salons are going to be too much to handle, then for cripes sake, don't open the third one! He's already bitching because his agent calls him "every 10 minutes" with something new. I know actors that would suck a ham sandwich through a straw up their noses in the middle of Times Square if their agents would just return phone calls.

Hey, Johnny Reb, you don't need to open a salon in Hawaii. Who's there? Tourists and hula dancers. I don't even think native Hawaiians cut their hair. And if they do, they sure aren't going for that long-layered cut you do on EVERY woman who sits in front of you.

When I first started watching Blow Out, I was dating Ex#4 (also a stylist), and I thought this might give me insight into his world and the things he deals with. And all I saw while watching the show was a shallow, demanding, egotistical man who wanted perfection without realizing the innate beauty in modification. He hired stylists for their capabilities, but refused to allow them to express themselves. Yet he constantly did exactly what he wanted even when the customer clearly stated a desire for something else. It happened last season at Fashion Week and it happened again, already, on this season with a photoshoot. 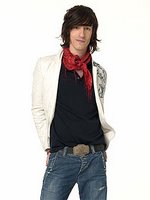 I was hoping success and the trappings would have softened Jonathan slightly, but they've only made him seemingly more tyrannical. He throws "fuck" around in business meetings, to associates and employees without regard for professionalism. He can't be happy with what he has - he's too stressed out to get more. I don't think I am going to watch any more of this show.

When does Project Runway come back?? I miss Daniel V. already.