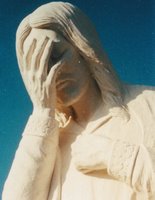 Another attempt by the United States to do whatever the hell it wants, regardless of the consequences, and no matter who gets hurt. And so goes the nation and government that was founded on religious freedom; that believes all men are created equal; and that all people have a right to life, liberty and the pursuit of happiness.

So now, I assume, the seven soldiers who were convicted and sentenced to prison time for their parts in the torture of prisoners at Abu Ghraib, will have their convictions overturned and the government will then end up paying them some kind of retribution for their pain and suffering. After all, they were heroes now, right?