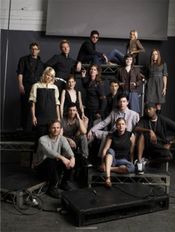 Project Runway has recently announced its designers for the third installment of its show, which will culminate during Fall Fashion Week in NYC. Show Number One begins on Wednesday, July 12 on BRAVO. I have read a little about the designers so I have an idea about what I am dealing with, but I reserve my favourite pick until after the first shows airs. And while, of course, the cutest one will be a strong contender, I am admittedly sometimes more attracted to talent than looks (just ask my circus performing, tube-talking, home-remodeling, acrobat boyfriend). I just got lucky that The BF also happens to be a cutie pie. 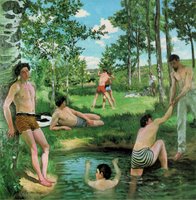 Last Saturday, I had the lowest number of hits to my blog since it began. Only 42 hits all day! At first, I was slightly bothered - wondering if my blog was losing its appeal or if I was perhaps getting stale or pedantic in my writing (pshaw!, I say to that). And then I realized that along with summer comes more outdoor activity, so I am glad that people have better things to do than sit indoors and stare at computer screens (at least that is what I am telling myself). And as today officially marks the beginning of the solstice, I wish everyone a happy, healthy, safe, and most of all fun summer. 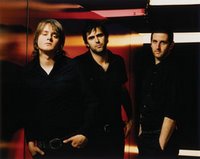 Yesterday I downloaded Keane's new album, Under The Iron Sea. And it does not disappoint. So far, my faves are Is It Any Wonder?, Leaving So Soon and Put It Behind You. I was a late-bloomer to there music. One day, I just happened to find there last album, Hopes and Fears, on my iPod (not sure how they got there) and I instantly fell in love with Bend and Break, Everybody's Changing, and Can't Stop Now.

Behold, the 2007 Jeep Wrangler. Honestly, I am somewhat ambivalent about it. My fear is that Jeep is selling out. They claim the extended backseat will make your passengers more comfortable. But that was half the fun - cramming your gang in the backseat, half of them hanging out the side. The Wrangler is a sport utility vehicle, not a soccer mom car. The jury is out on this, but so far, it ain't pleased.