And They All Come Tumbling Down 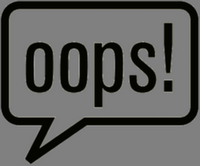 I personally have never been a fan of Mel Gibson; there always seemed to be something fake and unoriginal about him. Sure, it's easy to say that now - and I wish I had said it before - but this week's events have given me a reason to pick on him due to circumstances of his own merit. As the old saying goes, "a drunk man tells no lies". So if Mel was rattling off religious epithets while being three sheets to the wind, it's a good guess that he truly felt that way - at least at that moment. But this isn't the first time ol' Mel's mouth has gotten him in trouble. I stopped supporting him after he made his blatantly homophobic tendencies known to the world.

But really, Mel is just the next in a long line of average people the tabloid-hungry public has put on a pedestal, only to see that pedestal crumble to the ground when their normalcy is revealed. Tom Cruise believes in Martians. Brad Pitt cheated on his wife. Arnold Schwarznegger is sexist. Chris Isaak is a homophobe. Winona Rider shoplifts. Kobe Bryant is possibly a rapist. And truthfully, I have never been a fan of any of them, either.

We have only ourselves to blame for the outrage; we revere our movie stars and celebrities as demi gods, and then we are apalled when their opinions and actions mirror those everyday people who regularly shop in Wal Mart. And then after we learn of our heroes being human, we force them to public humiliate themselves further as they grovel for our forgiveness.

Personally, I think Mel should just shut up. Yeah, there's no real excuse for what he said, other than he was a little drunk. But he must believe it, otherwise he wouldn't have said it. So it's out there. And no amount of apologizing is going to make that go away. So he should just own up to it, admit it was a personal choice that he should not have shared, and then just move on.

Everyone can't love everyone. We all can't be embraced by the masses. Whether you're black, gay, paraplegic, mentally challenged, jewish, or even republican - someone out there is not going to like you simply because of it. And that's okay really. We all don't have to get along. But we should all just live in peace. Mel should not have said what he did. But he has every right to feel the way he does. I don't hate him because he's homophobic, but I can choose not to pay money to see his movies. He can say anything he wants.