It's All Greek. Or French.

Back in the day (and I am talking as recently as the early 90's), tops and bottoms didn't exist. What's that, you say? How can it be so? Don't worry, dear reader, there was still plenty of "love that dare not speak its name" going on. It's just that, back then, those two terms had not yet been born.

Gay sex has historically been coded down through the years. It all started with the Hanky Code back in the 60's and 70's. If you wore a coloured hanky in your back left pocket, you were "dominant"; if it was in your back right pocket, you were "recessive". Each hanky colour meant something different. These hankies were prominently displayed, so that everyone could tell what you were looking for. That way, you didn't have to waste time with pesky small talk or buy alot of alcohol for someone you wouldn't end up with anyway. I imagine it could get a little carried away if you were looking for a few things at the same time. But by and large, it was a fool-proof system.

It was all just too much. 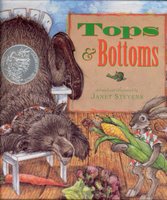 Nowadays, its more blatant. Today, we have tops, bottoms, and versatiles (which are really bottoms with hemorrhoids). These terms can still be a little misleading because you can be a bottom but still be on top, and vice versa. Recently, gay men have been using the terms Pitcher and Catcher, which offers more clarity but leaves the versatile guys wondering if they should be wearing tee shirts that say Short Stop.

Either way, gay sex continues its coding system. Eventually a new incarnation of terms will be adopted for general use. Until then, I will remain happily partnered to someone whom I don't need a code to understand, and enjoy watching the others who are still in "the ball game".