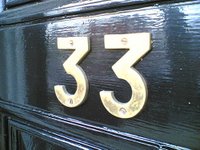 So North Korea has an atomic bomb that they have tested once, or perhaps twice, this week. The leader of the country, Kim Jong-il, is a megalomaniac with a Napoleon complex. Let's see now, where have we heard all this before?

Oh, right! Iraq, of course. Those were the three reasons the USA led a military attack on Iraq, to depose its leader and make the world a safer place, according to the administration at the White House. However, despite these exact same reasons - THESE EXACT SAME REASONS - "W" said that we will not attack North Korea, even though North Korea says it has grounds to attack the US. And going one step further, "W" won't even talk to North Korea, as requested by United Nations Secretary-General Kofi Annan.

But then, "W" doesn't really listen to Kofi anyhow; he didn't then and he won't now. Iraq did nothing to the US - no WMD's, no ties to Al Qaeda, no threat to the world at large. Meanwhile, Osama Bin Laden roams free because "W" now says Bin Laden is of no concern to America. The man who led the attack on the US which led to the deaths of over 3,000 Americans is of no concern.

And as a reward for this, "W"'s approval rating is now at an all-time low of 33%, according to Newsweek. Which means that exactly two-thirds of the country think our president sucks. I not only want to see the republicans lose on November 7th, but I also hope it is an embarassing defeat. A message needs to be sent. And impeachment is not too late.
.