I am a little late on this, but a congrats shout out to Neil Patrick Harris, co-star of How I Met Your Mother, and T.R. Knight, co-star of Grey's Anatomy, for publicly coming out as gay men! 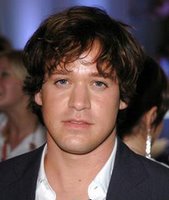 While it is important for them to publicly acknowledge who they are as individuals, it is equally important for them to do so when they are at career pinnacles. While other actors have had to wait well into their careers and even past them (George Takei, Dick Sargent, Richard Chamberlain), it's so important for young actors (as well as other professionals and athletes) to announce their orientations. It also helps that Harris and Knight are likeable and positive men who are not tabloid fodder, unlike many of their straight counterparts.

And while I am at it - a big hiss to Knight's castmate, Isaiah Washington, for proving to the world that he is a hater and a homophobe; and a rousing Straight Ally Applause for Patrick Dempsey, for standing up for Knight.
.