Giving Blood Through The Nose

I used to donate blood all the time. I think in total I donated about two gallons. I remember how disappointed I was when my name was not mentioned in the newspaper when I hit the one gallon mark. I was so proud of that achievement. And then I stopped donating. 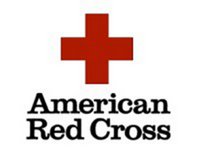 Not because of the snub from the Red Cross. And not because I am gay either. I'm sure some people stop donating because of that but I didn't. I figured if they thought they had the right to ask me about my personal life, then I had the right to lie about it. I denied being gay just so I could give blood. I had my blood tested regularly, and I was not a risky person anyway, so I knew my blood was good. So I considered it a white lie for the greater good. My blood would help someone who needed it. So I didn't feel bad about being dishonest to the Red Cross. (Besides, they snubbed me.)

No, the real reason I stopped donating blood occured during a blood drive held at my college. I was in a fraternity and had talked all of the brothers into donating blood as well. I explained that it was a painless process and that it was such a great cause. They agreed to follow me. I checked in and sat down to have my temperature taken. An elderly lady with a name tag reading "Midge" was working that station.

All I can guess is, Midge just wasn't paying attention. Just as she began to put the thermometer in my mouth, someone called her name. She turned her head and instead of putting the thermometer under my tongue, she rammed it up my nose. I reared my head back and yelled. It echoed throughout the gymnasium. All of my brothers got up in unison and walked out of the blood drive.

Flustered, Midge asked if I was all right. "Of course not!" I screamed. So then she tried to stick that same thermometer under my tongue. "Don't put that thing in my mouth, God!" Poor Midge was so confused. My nose hurt for five days after that. And that's why I don't donate blood anymore.

And just because we were so damn cute, here is one more parting shot from Hallowe'en, courtesy of the Giant Panda himself, Will at The [Cherry] Ride: