Jane Fonda's character, Judy Bernly, said it so well in the movie "9 to 5" when referring to her boss, Franklin Hart.  And the description was so accurate, it would be almost incomprehensible to imagine that it would actually fit a real-live person.  Oh, but it does.


Sexist - Newt Gingrich has certainly demonstrated through his repeated marital infidelity that he has a lack of respect for women.  And pundits were falling all over themselves following Gingrich's treatment of Michele Bachmann during the Iowa Republican debate.

Egotistical - The GinGrinch's personal assessments, comparing himself to Thomas Edison, the Duke of Wellington, Henry Clay, and even (gasp!) Abraham Lincoln, are outlandish at best and dangerous at worst.

Lying - Newt  claims that "more people have been put on food stamps by Barack Obama than any president in American history." He's wrong. More were added under Bush than under Obama, according to the most recent figures.  Although we only have numbers through last October, food stamp recipients have grown by 14.2 million under Obama. During Bush's first two years in office, the increase was 14.7 million.

Hypocritical - Gingrich has long traveled the country espousing family values and dispensing moral advice. Yet so often, the Newt of his dreams gets tramped on by the Newt of reality. There's simply too much difference between what he preaches and what he actually does.We've seen this in his attacks on other candidates — such as his criticism of Mitt Romney for his role in the buyout industry. "I'm proud of real capitalists," Gingrich said, but private equity work, he huffed, "is not venture capital."  Meanwhile, we find out that Gingrich was paid $40,000 at a meeting two years ago to deliver a speech that praised the private equity industry.  And now, we have the new reports that his ex-wife, Marianne Gingrich, told ABC’s Brian Ross that Gingrich had asked her for an "open marriage." He wanted to keep seeing whoever he wanted, she said, while he was attending a Baptist church and doing a speaking circuit on family and religious values.  And I won't even bother going into his lambasting of Bill Clinton's moral character during his affair with Monica Lewinsky.

Bigot - Gingrich was horribly applauded at the SC Republican debate by defending his remarks when he said that "black Americans should demand jobs, not food stamps" and proposed that "poor kids lack a work ethic ... and should work as janitors in their schools."  And to saddle this along with his arrogance, he sees nothing wrong with those statements despite the fact that a black American points out to him that those statements are offensive and racist.

So if they ever decide to remake "9 to 5", I think there is a shoe-in for the part of Consolidated's pig boss, Mr. Hart.  I only hope he's not a shoe-in for the presidency.  America - you really are smarter than this!
No comments:

How to Quicken Awards Shows

I have the best idea on how to make awards shows move along more quickly and minimize the boring factor:

Every person nominated for an award must submit a list of names for 'thank you's'.  If this person's name is called as the winner in his/her category, this list of names will then scroll - much like credits at the end of a film - while the winner walks to the stage to accept the trophy.  Since award show directors will know where each winner is seated before hand, as well as how long the list of names is, they should be able to accurately time the scrolling to end by the time the winner is at the microphone.  THEN - the winner has 30 seconds to gush without mentioning anyone beyond a spouse or family.

Last week, my cardiologist called me and asked if I wanted to be part of a 5-part story on Canadian TV about heart disease becoming more prevalent in younger patients.  I said, "but of course!".  So last night it happened.

I went to my doctor's office for the interview and was met by my doctor, the person in charge of media for Northwestern Memorial Hospital, and a reporter and cameraman from the news station in Toronto.  They filmed my doctor and I going through a usual checkup: blood pressure check (117/72, y'all!), listening to my lungs, checking hearts rates while sitting and laying down.  All routine stuff.  At that point, my doctor left the scene and it was time for my personal interview.

The first question from the reporter was, "so you unbelievably had a heart attack in your 30's?"  And from there I recounted my escapade from almost 7 years ago now, which you can find here.   It was interesting talking about this again, since its been a few years since I have so fully recounted it all.

After the interview, they took some cheesy footage of me shopping in a grocery store for vegetable, bypassing the chips aisle, shots of the shopping carts wheels rolling along - all the stuff that will be cut and woven into the piece during my interview.  I think.

Not sure when it will air, but it is an interesting story.  More and more people in their 20's are being diagnosed with heart disease.  When asked my opinion, I blamed computers and video games for causing us to be more sedentary.  While I don't necessary think that was MY particular problem, I was still heralded by the reporter and my doctor for participating in this endeavor.  The reporter reminded me that during the day, I work to make children's lives better, and now after hours I am doing the same thing for young adults.

Perhaps this is why all that stuff happened 7 years ago.
No comments:

No, I am not a big fan of Tim Tebow or the Denver Broncos.  But I think the hassles he experiences because he is a practicing Christian is over the top.  Nothing he has done affects anyone other than himself.  So he takes a few moments and says a little prayer for strength or thanks.  I don't see the big deal.  The man is confident in his religion and, last I checked, it was still a right for any US citizen to practice whatever religion he/she chooses.

As long as his actions/deeds/words don't directly affect another person, the sports world needs to get over itself and let the man alone.
1 comment:

Went back to work yesterday and was met with the usual, "How was your holiday?" and "Did you have a nice Christmas?".  And, of course, my usual response was, "It was really nice, thanks.  How was yours?"

(Not that anyone really cares.)

But as I began to reflect throughout the day, I stopped myself at one point and wondered if Christmas had really happened.  I remember traveling; I remember lighted trees and lots of food; I remember seeing family.  But when I reflect, it seems to me that something was missing.  For some reason, it's almost as if I am recalling a Christmas that happened a year ago or longer, or even one that I have imagined.  But it doesn't seem real.

Those who know me well know I love Christmas:  I love the weeks leading up to it, the shopping, the carols, the tired, tired, tired shows that play year after year.  I love it all.  But this year, for some reason, notsomuch.
No comments: 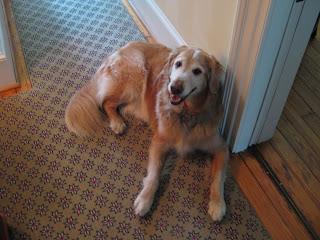 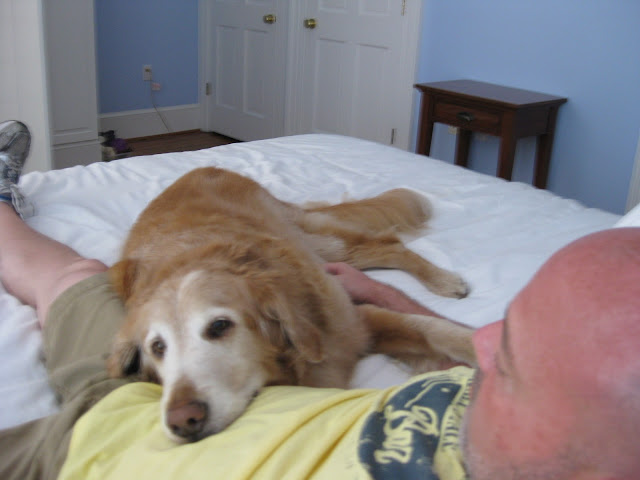 After an absence of a few years, I have been have been begged to have been warned I better have been convinced with a weapon decided to restart my blog so that I can vent my opinions onto an unsuspecting world rather than drone on about them to a small group of close friends.  Why not share the wealth, I say?  With a new year comes a new lease on my literary life.  And who knows, it could be fun again.  I probably won't have the large group of followers I once had (Hi, England, Germany and Australia!), but hopefully I also won't have the ones who made this a not-so-enjoyable experience as well.

So please check back furiously and often.  I promise to expound just like in the good ol' days.