The other day, I was listening to NPR while running errands in the car.  The conversation was about the Sears company and its solvency.  They talked about the number of stores, personnel, inventory, and the fact that Sears started the catalog process.  The commentator spoke about the joy that we all probably felt when the Sears catalog came in the mail.  Browsing through it would kill hours of time.  It was the internet in the 1970's. 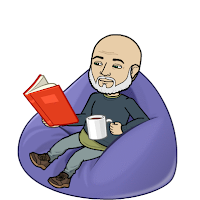 But there was one specific edition of the catalog that probably evokes more memories than others.  On July 1975, the Sears Fall/Winter catalog arrived in thousands of mailboxes. As it had in the past, the catalog offered a wide variety of merchandise in its 1,492 pages — clothes, exercise equipment, musical instruments, tools, etc. But careful readers noticed that this edition of the catalog included something a little bit extra and scandalously out-of-the-ordinary. Word of this bonus feature spread like wildfire, with the result that this rapidly became the most talked-about issue of the catalog since the company had first begun sending them out in 1888.

The focus of everyone's attention was a male model featured on page 602, where he was modeling permanent pressed boxer shorts — a luxury blend of "50% Kodel polyester and 50% combed cotton" with a no-roll elastic waist.But it wasn't his underwear that generated the buzz.  The item of interest was "something below it." That something was what appeared to be a round object peeking out from the bottom edge of the left leg of his shorts. It occurred to some readers that the mysterious object was, in fact, the tip of the model's genitalia.

A closer view
The man on page 602 became a viral sensation. People took the catalog into work and showed the provocative photo to their colleagues. Copies circulated at schools. Public libraries noticed an unusual rise in requests for the issue.  It was pretty much all my family talked about at Thanksgiving in 1975.  In the days before the internet - this was HUGE!  The appeal was obvious. The Sears catalog was as wholesome and all-American as apple pie and the fourth of July. And yet here, slipped into it, was a guy showing off his stuff. It was a perfect contrast of elements.  So, was the man on page 602 really showing off his anatomy? That was the burning question on everyone's mind. In an attempt to get an answer, reporters directed their inquiries to Sears, and the company soon came back with an official reply: the model on page 602 was definitely NOT showing off anything untoward. Sears' response was a flat, "It's just a printing flaw. These spots just happen. It's just that it was in an unfortunate spot."
As for the model's identity, Sears refused to release his name, saying that he was entitled to his privacy. And to this day, his identity remains a secret. (He's probably in his 70s now, if he's still alive.)In September 1975, a trio of song writers penned a 4-verse "gimmick" song about the man on page 602. The song was recorded by Jack Barlow (using the pseudonym Zoot Fenster). By November the song had reached number one on the country singles chart.

This represented the high-water mark of interest in the Man on Page 602. And so we can now confirm that Sears was correct. The earlier version of the photo shows nothing peeking out of the model's shorts. The blemish/printing smudge/stray genitalia is not there.