It was like I was 8 again waiting for December 25th to come.  To me, April 24th signified a turning point, the day when I would finally, after almost one full year, be on the road to sinus healing and recovery.  I had great faith in my new doctor, Dr. Jordan Pritikin of the Chicago Nasal and Sinus Center.  After just one visit, I left his office feeling confident, and trusted him more than I did the Ear, Nose and Throat ("ENT") doctor from last summer.  I felt hopeful for the first time in some 330+ days. 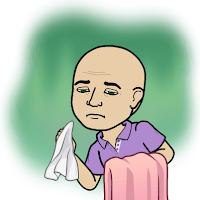 As recorded here before, the last year was definitely hard on me, perhaps the hardest year I've ever had.  Even worse than Miami, and that's saying something, right?  I felt the symptoms of a sinus infection on May 22, 2016, following a flight back to Virginia for a friend's wedding.  I tried fighting it with over-the-counter drugs, but to no avail.  I gave in and went to my regular physician on June 13th, when he suggested I see an ENT based on the number of sinus infections I've had over the years.

I've well-documented on here my sinus and dental escapades over the last 11 months.  So let me pick up from the last visit with the new doctor, Dr. Pritikin, on March 20, 2016.

Like I said before, I felt hopeful.  And looking at the CT scan, I somehow felt vindicated that it was okay for me to be feeling bad - that I wasn't a hypochondriac or something.  To say that all of this was just in my head is a weak double entendre, but there it is.  I've effectively only been breathing through one side of my nose with nothing draining from the 4 sinus cavities at all.  I shared the CT image with everyone I knew, if only to say, "Look, it's a real thing!"  Everyone already believed me, but I guess I had to do it to reassure myself, or at least to allow myself to feel like crap because I felt like crap.

My surgery was conducted at St. Joseph's in Chicago.  My care was incredible.  I've long been a huge fan of Northwestern Medicine because of my GP and my Cardiologist, both of whom I cannot speak more highly.  But I think I've allowed my respect for them to skew me into believing that ALL the great doctors and the best care can only be found at Northwestern.  No so.  The staff at St. Joseph's was friendly, compassionate, non-rushed, and professional.  And interested in me.  My surgery took about 90 minutes, start to finish, and they were calling Kevin to take me home by 2:30. 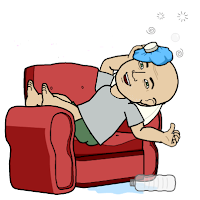 This time, I was sent home with a list of instructions about what to do on Day 1, Day 2, etc.  The healing process this time was very different from the surgery in July.  After that first surgery, my nose bled and produced discharge for a week afterwards.  This time, my nose stopped bleeding before I went to bed the same night and hasn't so much as dripped since.  I assume all that will change once they start cleaning out the clots and tissue.  But I'll admit that this has since been a better week than before.

Five days after the surgery, Dr. Pritikin's office called to let me know that the culture taken during surgery showed a growth of alpha hemolytic strep, which essentially means I have strep throat in my sinuses.  So back on antibiotics I went with the hope it will get cleared up.

Today, I went in for my debridement, which is the vacuuming of tissue and blood clots inside my nose.  Dr. Pritikin assured me that this will not be the horrible experience I had while at Northwestern.  And I trust him when he says that, but just in case, I took a valium anyway.  The procedure was conducted by his assistant, Amy, who was already well-aware of my situation.  She, too, promised that this would be nothing like what I had experienced previously.  And they were both right.

After some numbing spray, Amy inserted a camera and a vacuum device in my nose.  She allowed me to watch the entire procedure on a monitor.  She cleaned out one blood clot and I could actually see into my sinuses, which means there is now a direct, clear path from my sinuses to my nose - something I've been lacking for several years.  I'm also allowed to blow my nose now (thank God) and go back to the gym starting on Monday.  According to Amy, I am healing very well.

For now, the rough headache I've had since July is gone, but I will continue to feel some pain as my system gets used to being clear and the tissue falls back where it belongs..  I can breathe through both nostrils for the first time in almost a year.  What little congestion I have is due to the swelling and the tissue being displaced, but that's to be expected. 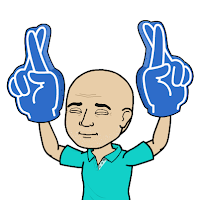 I told Amy that at some point, I need to sit down with Dr. Pritikin for advice on how to approach the ENT from last summer.  I've never been shy about confrontation, but I need to speak to him about what went wrong.

But for now, I feel amazing.  My energy is returning and I am confident Dr. Pritikin did all the right things.  I honestly believe my sinus problems are now over.  But I'm crossing my fingers anyway, just in case.