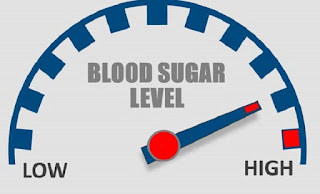 So, jumping right into it:  I recently discovered I had a blood sugar level of 622.  For those who don't know what that means, average blood sugar levels should be below 100.  Diabetes occurs when glucose levels elevate above that (and it's different for everyone).  Organ damage starts occurring at 300.  So now you should be wondering how I am still a functioning human being right?

Over the past several months, I've not been feeling my best.  Standout annoyances were cramps in my calves and shins mostly at night but sometimes during the day, drinking like a fish and pissing like a racehorse, and a general overall feeling of malaise.  Back in June, I scheduled my annual physical which would eventually take place on August 6th.  When that day came, I hopped up on the table in my doctor's office, whipped out my list of ailments and watched him put it all together.  All of my symptoms seemed to trace back to my Lipitor prescription.

I've been on Lipitor for just over 14 years, ever since my heart surgery in August 2005.  And since then, the dosage had stayed the same (40mg/day), that is until this past February when my cardiologist increased the dosage to 80mg/day since my bypasses were now 14 years old.  A side effect of Lipitor (which I didn't know at the time) is elevation of blood sugar.  In 1996, the U.S. Food and Drug Administration (FDA) approved Lipitor for the purpose of lowering cholesterol. Following its release, researchers found that more people who are on statin therapy are diagnosed with type 2 diabetes compared to people who are not on statin therapy. In 2012, the Food and Drug Administration (FDA) revised safety information for the popular statin drug class. They added additional warning information stating that a “small increased risk” of high blood sugar levels and type 2 diabetes has been reported in individuals who use statins.

So apparently, from February until August 6th, my blood sugar levels were steadily increasing to incredible heights.  So my doctor lowered my dosage back to 40mg, I am also on two more medications to get my glucose lowered, and am wearing a Free Style Libre glucose monitoring system that tracks my glucose levels throughout the day.  I am happy to report that my levels are lowering and as of this morning, my new normal is 158.  I have every expectation that my levels will go back to normal within the next week.

Until then, and probably continuing, I am on a low/no carb and low/no sugar diet, which is rationally the best way to eat.  It makes me more conscious of my food choices and prevents me from absentmindedly just grabbing something for the sake of eating it.